I primarily cook Paleo/real food meals and am looking to expand my repertoire this year. I tried I Heart Umami’s Creamy Chicken Kale Soup recipe although I omitted the kale; partly because I genuinely forgot, and partly because I’m not a big fan of kale so I don’t make an effort to remember to buy it! It’s simple to make and a great way of using up any leftover chicken or turkey you may have. 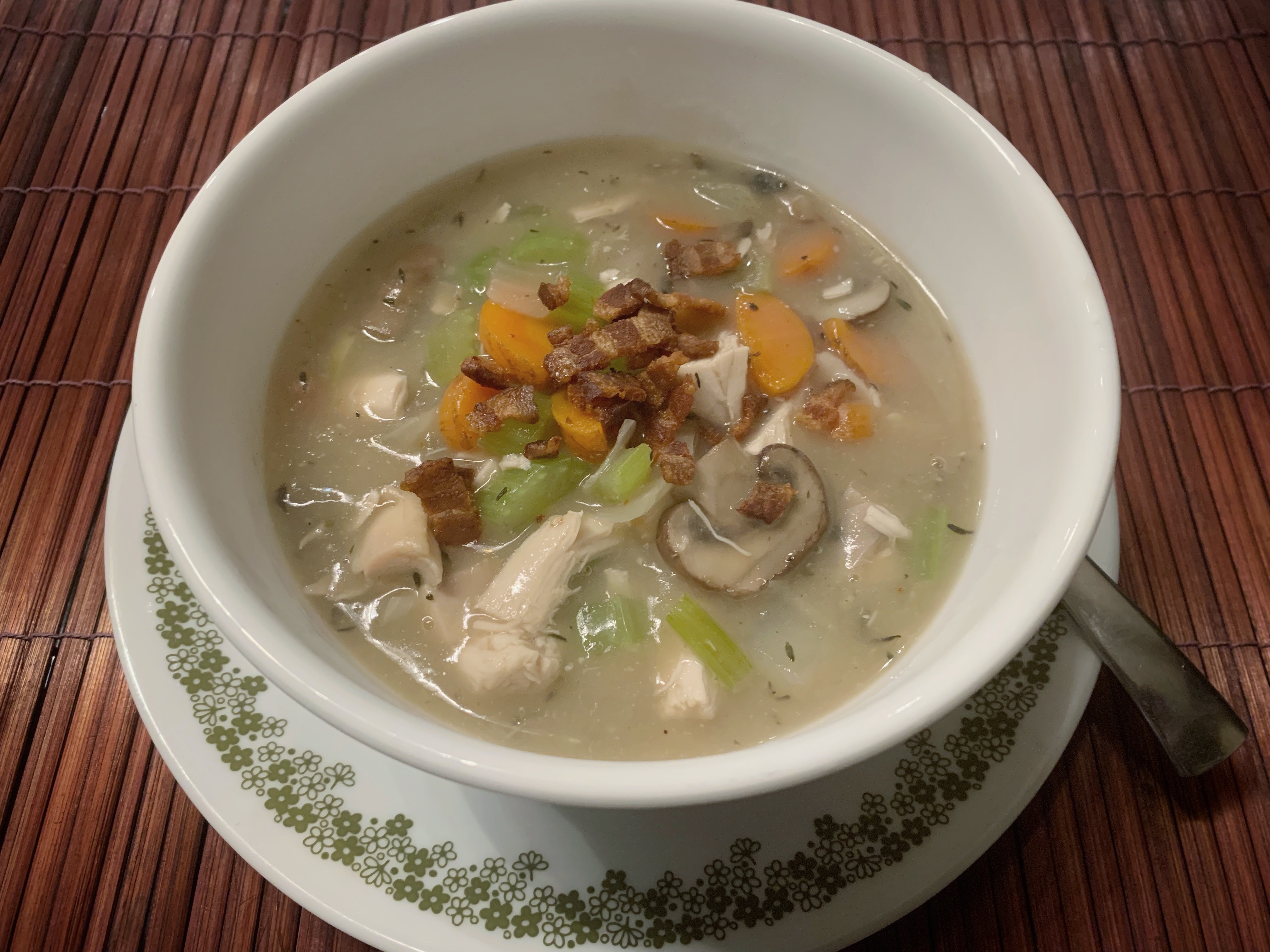 One of the ingredients that intrigued me is cassava flour. I’ve never cooked with it before, and there’s another recipe I’d like to try one day that uses it. According to the comment section of the recipe, those who don’t want to use cassava flour can use arrowroot powder as a substitute although the proportions would be different: 1 tbsp cassava flour = 1 tsp arrowroot powder.

Everything was made from scratch including the bone broth which I always have one hand because I make a batch about once a week using Nom Nom Paleo’s Bone Broth Recipe and then store it as 3oz frozen cubes for whenever I need to use any.

This was a huge hit with D! He said it would be perfect for eating after a cold day on the slopes.